Rarely does the sequel meet the payoff of the original. When Hilton Hotels had a good idea not well executed that I wrote about on Wednesday, I didn’t expect a follow-up message.

As Paul Harvey used to say, “Now, the rest of the story.”

The person transporting me to the hotel where I was booked to stay, dropped me at the Airport Hilton instead of the Hilton Garden Inn Airport. An easy mistake to make.

Once the front desk person and I realized what had happened, she called the Garden Inn, explained the situation, cancelled my reservation and I rebooked at the Hilton instead of Hilton Garden Inn. It was late and I was grateful for the flexibility.

Here’s the text I received the next day from the Hilton Garden Inn; followed by my response and their response to me: 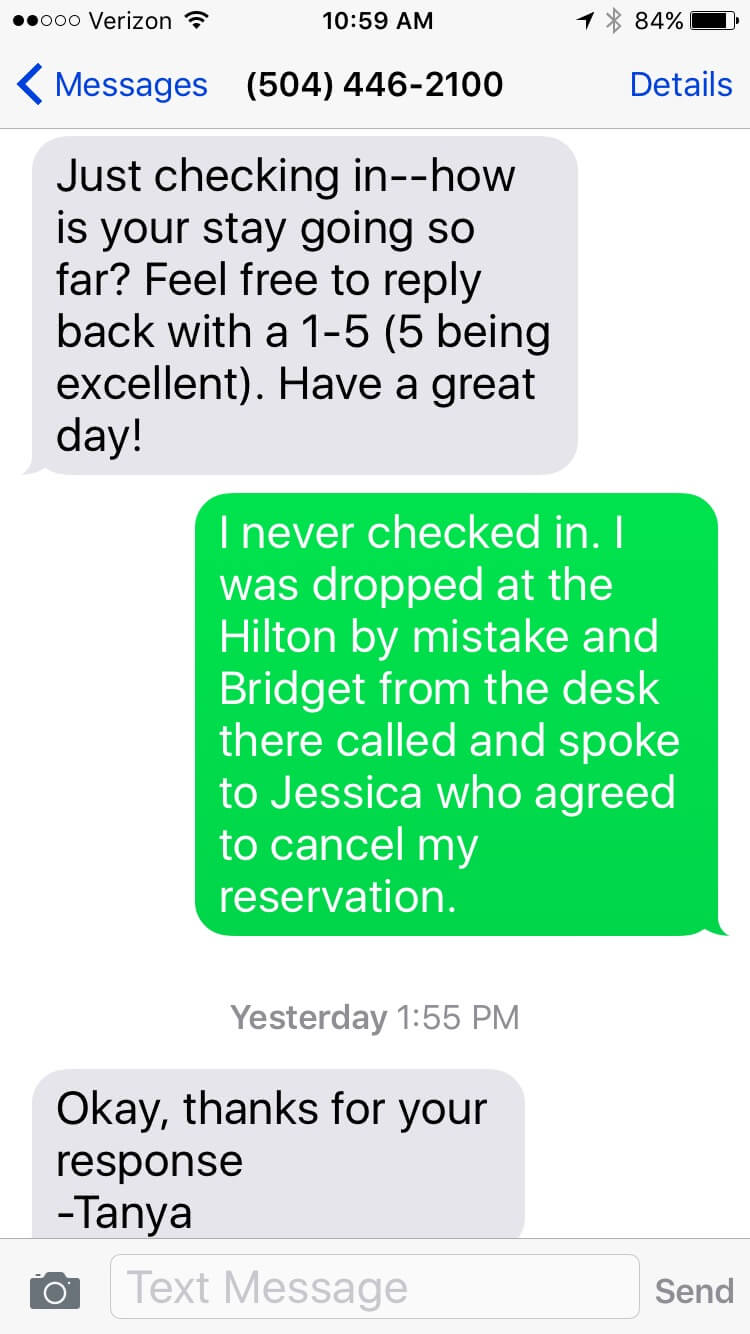 Once again, I applaud Hilton’s thinking. Amazingly, even in the follow-up, poor execution and ignoring data stymie their efforts at goodwill.

Don’t get me wrong, I am a Hilton fan. I make every effort to stay in one of their properties whenever I travel.

In their latest iteration of a new communications strategy, however, they’re failing. And if no one points it out, how will they know the error of their ways and improve?